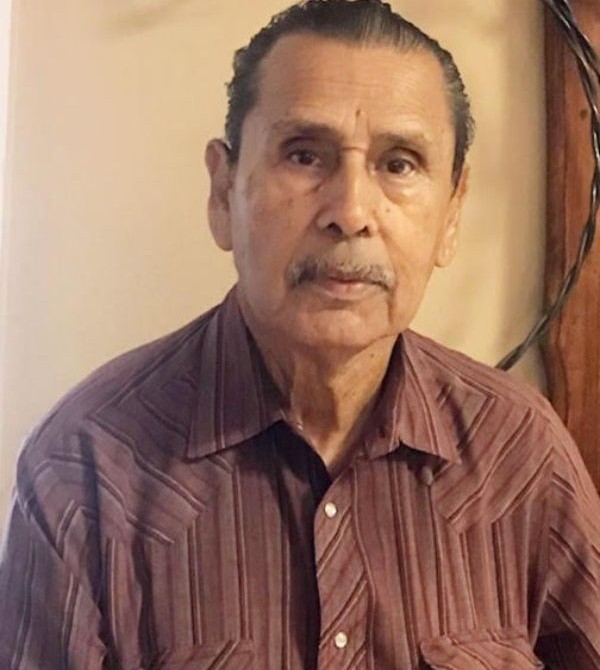 Julio Ramirez, Jr. went to his eternal home on Tuesday, July 26, 2022, at the age of 77. He was born August 11, 1944, in Karnes City, Texas to Julio and Felomena Ramirez . He married Delfina Ramirez in December of 1972, and she preceded him in death in 2021. He lived a long life in Colorado City and Ballinger, Texas . Julio spent much of his career as a carpenter in the cities he lived until he retired. In his early years, Julio and his brothers played all the instruments in a band and were called Los Dominos.  They played in various venues where he was the singer of the band and known for his beautiful voice. He was a huge Elvis Presley fan and loved his music and his movies, but most of all he always wore that Elvis hairstyle and was always called Elvis by his family. Julio loved many friends, nephews and nieces, but especially his family.
He is survived by his daughter, Leticia Granados of Lubbock and two grandchildren, Ashley A. Peacock, (Aaron Peacock)  and Jonathan Alvarez, along with eight great-grandchildren.  His daughter, Josie Ramirez Moore of California along with two grandsons of California. Sisters: Delia Padilla of Woodstock, Illinois, Chrisantha Salazar of Snyder, and Virginia (Minnie) Reyes of Muleshoe.  Brothers: Rudolfo Ramirez of Lubbock and Domingo Ramirez Jr. of Lubbock.
He was preceded in death by his wife Delfina Ramirez, his parents Julio & Felomena Ramirez; his brothers, Domingo Ramirez, Sr.; Francisco Ramirez; and Henry Ramirez; sisters Leonor Rodriguez and Felicita Romero.
The family of Julio will celebrate his life with visitation on Wednesday, August 3, 2022, from 2pm to 6pm with service from 6pm to 7pm.  On August 4, 2022, there will be a 10am service followed by his final resting place at the Lubbock City Cemetery under the direction of Grace Funeral Cremation Care.  Pallbearers will be: Jonathan Alvarez,  Rene Ramirez, Frank Ramirez Jr., Paul Salazar,  Adam Ramirez, Santos Rodriguez, and  Gabriel Romero.
The family would like to thank all the staff at UMC, including the ICU unit, and Kindred Hospice Care for all their hard work in the care of our beloved one.
To order memorial trees or send flowers to the family in memory of Mr. Julio Ramirez Jr. Resident of Lubbock, please visit our flower store.