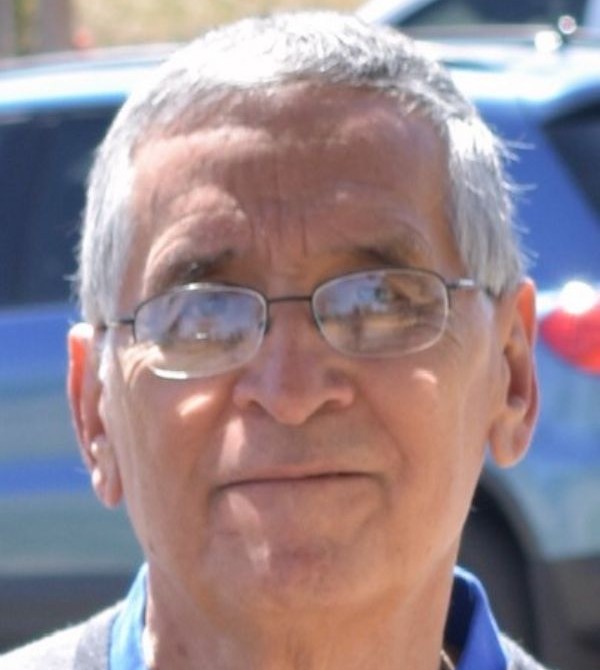 Ronnie G. Tenorio passed from this life in Lubbock, Texas, on February 16,2022 as he was surrounded by loved ones. He was born March 18,1946 in Tucumcari, New Mexico to Eugene D. Tenorio, and Eva M. Martinez.

He was employed for several years at Texas Instruments as a Production Manager, then later became a Substitute Teacher for Lubbock Independent School District. His favorite subjects have always been
Math and Science. Dad enjoyed education and encouraged his children to take advantage of their opportunities within it. He enjoyed reading, cooking and taking pictures.

While he excelled in baseball and golf growing up, golf remained a passion throughout his life. He was a former member of the Pan American Golf Association, Lubbock and Amarillo respectively. He is survived by his wife, Mary E. Tenorio, with 56 years of marriage. He is survived by his three children: Dominique Abercrombie, Paul Tenorio and his wife, Kate Mowry, and Jennifer Grant and her husband Kip Grant.

He is also survived by his brother, Jerry Tenorio, and sister Tommie Mueller. He was known by his 5 grandchildren Daniel Abercrombie, Samuel Abercrombie, Blake Grant, Addie Marie Buckley and Alexander Tenorio and 2 great grandchildren, Kaleb Abercrombie and Madison Abercrombie, as PawPaw. PawPaw was a resilient, genuine and proud man.

Even though he was a quiet man when he smiled you knew you were loved dearly. Dad loved his family and was proud of being a Tenorio.

He was preceded in death by his parents, Eugene D. Tenorio, and Eva M Martinez (Shinn), his sister, Yvonne Tenorio, and his brother, Max Tenorio.

He wanted his body donated to science. He did not wish to have a memorial service or a funeral service. However, dad would be honored if you planted a tree in memoriam of him or dedicated to your favorite charity.

To order memorial trees or send flowers to the family in memory of Mr. Ronnie G. Tenorio Resident of Lubbock, please visit our flower store.