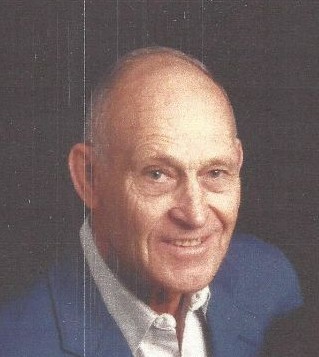 Wilburn "B0" Frederick Evers passed away Monday 9/13/21, at his home, in Lubbock Texas. He was born June 30, 1924 to the Late Jesse Ree Evers and Thelma Estelle McBride Evers in Harleton, Tx. As many young men did during WWII, Bo also served his country. August 4, 1943 he joined the Navy. As Ship's Cook First Class Bo was incharge of feeding all branches of the military stationed in Pearl Harbor, Hawaii serving more than 5,000 troops at each meal. January 16, 1944 he married his sweetheart Hazel Bernice Mote in Paducah, Texas. It was not long before the couple had 3. Bo worked his entire life and was able to retire from Lubbock Building Products to pursue his most favorite hobby, fishing as an avid fisherman and hunter he spent countless hours outdoors. He loved to fish and did so with all of his family and most of his friends. Bo is preceded in death by his wife Bernice Evers, his son Dougles Evers, 4 brothers, and 1 Sister. Bo is survived by his son Tomie C. Evers of Armstrong, MO, his daughter Phyllis A. Evers Jolly, of Midland, Tx. He is also survived by 3 sisters, 9 grandchildren, 13 great-great grandchildren and 8 great-great-great grandchildren. Graveside services will be held at 11am, Tuesday, September 21, 2021 at Peaceful Gardens Memorial Park. The family will receive friends starting at 9:30 prior to services Grace Funeral Care.

To order memorial trees or send flowers to the family in memory of Mr. Wilburn F. Evers "Bo" Resident of Lubbock, please visit our flower store.