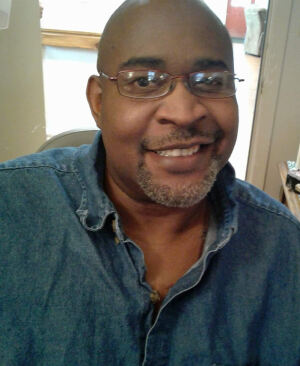 A graveside service for Robert Lee Turner III, 60, of Lubbock, Texas will be 11:00 AM Friday, June 11, 2021 at the Meadow Cemetery in Meadow, Texas under the direction of Grace Funeral Care of Brownfield. Robert passed away June 7, 2021 after a lengthy illness. Robert was born August 13, 1960, in Lubbock, Texas to Robert Lee Turner II and Virgie Canada. Robert graduated from New Home High School where he ran track, competing at UT Austin where he was transformed into a lifelong Longhorns fan. He enjoyed hanging out with his friends, going out to eat, and making everyone that he met laugh. He had an infectious smile that will be forever remembered by his friends and family, and especially the staff at the Villa of Wolfforth who loved him dearly. Loved ones include his two daughters, Aubrianna Turner, of Levelland, and Porsha Thomas, of Atlanta, Georgia, two sons, Jeremy Turner of San Antonio, and Justin Turner, of Lubbock, two brothers,  Charles Jackson and James Jackson of Savannah, Georgia, Anthony Jackson of Big Spring, a sister, Pamela Jackson of Midland, aunts; Ula Adams and Una Turner of Missouri City, TX, uncle; Larry Turner of La Porte, and grandmother, Radene Turner of San Antonio. He was preceded in death by his father and mother, a brother, Robert Dewayne Turner, of San Antonio and a sister, Chanell Daniels, of Houston.
To order memorial trees or send flowers to the family in memory of Mr. Robert Turner III Resident of Lubbock, please visit our flower store.