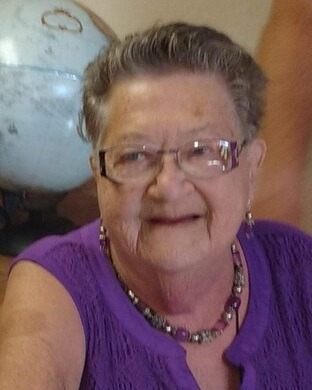 Shirley Mack 86, of Lubbock left her earthly home on Wednesday December 7, 2022.
A visitation will be held Thursday December 15, 2022 12 p.m. - 2 p.m. at Grace
Funeral Care Lubbock Chapel 6604 Interstate 27 with a celebration of life service
beginning at 2 p.m. She will be laid to rest in the Resthaven Memorial Park Cemetery.

Shirley was born October 25, 1936, to Joel T and Ella (Burns) Hewitt. Shirley attended
school at Whitharral until her senior year where she graduated from Spade High
School. She later attended cosmetology school in Amarillo. She worked from the home mostly
but would on occasions take jobs.

Shirley was a wonderful cook, making delicious homemade yeast rolls that would melt in your mouth. She also was a
good seam stress and did much crocheting and knitting.

She is also survived by 1 brother, Dale Hewitt (Gurli) of Whitharral, 1 sister in law,
Mary Hewitt of Forney, and 5 nieces.

To order memorial trees or send flowers to the family in memory of Ms. Shirley Mack Resident of Lubbock, please visit our flower store.