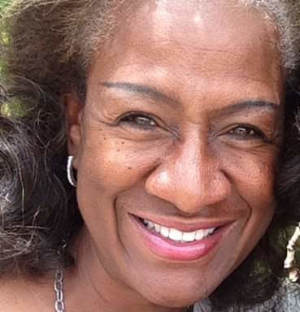 Charlyce L. Arnold was born July 9, 1952, to Charles and Brenda Arnold in Oklahoma City, Oklahoma. Charlyce accepted Christ at an early age. Upon graduating from Brownfield High School, she entered Texas Tech University and earned a Bachelor of Arts and Science degree in 1974. Charlyce shared her gift to teach while being a educator in the Los Angeles Unified School District for over 30 years.  Charlyce returned to Brownfield in 2013 to care for her mother Brenda and fulfill a dream to make Brownfield a better place. Arnold Community Educational Services (ACES) was organized February 2014. ACES’s initial purpose was to provide classes to educate and empower young people. With a wider need identified, ACES morphed into helping all ages. ACES is the place to be each Tuesday evening. Classes offer information about a wide variety of subjects. Celebrity Reading, in partnership with the YMCA, encourages young children to read. An Arts and Crafts evening and a Night of Poetry and Music encourage a love of the arts. ACES Health Fair on the Square is a huge event connecting people with a variety of services and information. Charlyce always emphasized helping people and making Brownfield better. Since 2015, ACES has offered scholarships for Terry County students who must perform hours of community service with ACES and fulfill the application process. Fourteen candidates are vying for scholarships this year. Students always say how much they learned working with Charlyce and how caring she was. In 2016, Charlyce joined the Brownfield Chamber of Commerce, expanding her service. In 2017 she was named Terry County Citizen of the Year for her many services to the community. Although living and teaching in California many years, part of her heart remained in Brownfield. In 2013, she came home to fulfill her promise to return and help others. School Achievements: • Deans List Several Times • Member of Delta Sigma Theta Sorority • Miss Congeniality Career Path: • Moved to Los Angeles, CA /taught for Los Angeles Unified School District for 30 years • Preschool Teacher at Normont Early Education Center for over 30 yrs. • Mentor and Teacher at Harbor City Community College • President of R.R. Williams Enrichment Community Center Inc. • President/Choir Director at First Missionary Baptist Church in Los Angeles, CA • Wrote and directed many faith based plays such as, “Who Killed The Church”. Proud Accomplishments: • Organized and Founded “ACES” - Arnold Community Educational Services - (2014) • Board Member of the Brownfield Chamber of Commerce • Awarded Citizen of the Year by Senate (2018) • Member of the American Legion Charlyce is  preceded her in death by her parents, Charles and Brenda Arnold; brother, Charles Arnold, Jr.; cousins, Ella Bryant and Searcy Arnold; and uncle, Punch. Those left to cherish her memories: her daughter, La’Nisha L. Arnold (Brownfield); sister, Francine Scott (Los Angeles, California); one aunt, Joyce Stenson (Amarillo); close friend and ACES Associate, Ms. Mary Jane Jackson (Brownfield); ACES Community Members; Brownfield Community; and a host of other relatives, friends, mentees and associates.
To order memorial trees or send flowers to the family in memory of Ms. Charlyce Arnold of Brownfield, please visit our flower store.